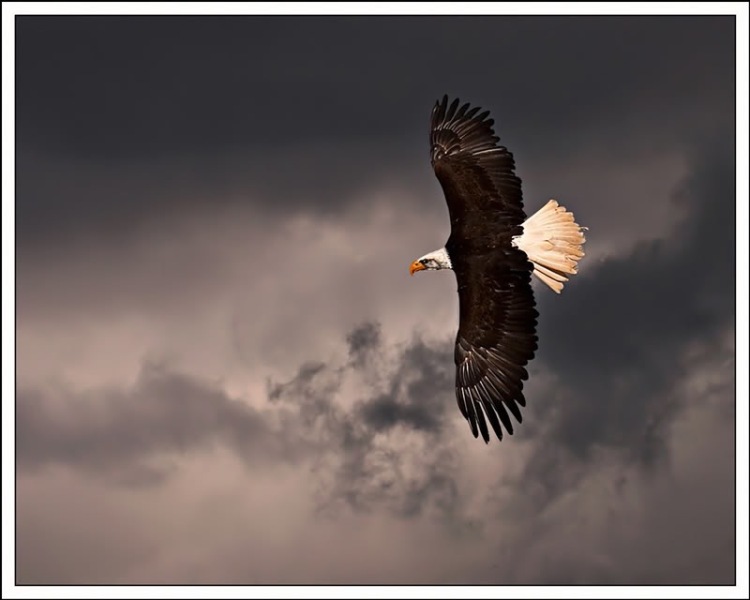 Many of God’s people have been allowing such an alignment with Heaven’s perspective that it is as if they’ve been given wings to fly. They are learning to live in the heights of God’s truth, His sight and His view which is causing the Earth to become “strangely dim”.

The enemy is seeing how the Church is beginning to live in their God-given authority and positioning which is causing him to fear the repercussions. I have noticed a “mental warfare” that hits individuals “out-of-the-blue” with a fierceness that almost buckles their knees. It comes with “old strongholds and lies that invoke old trauma. As this occurs be prepared to be there for one another! Ask the Holy Spirit to break off all past trauma and agree together for a clean slate. Unity is key and a unified front is the key to individual victories.

Truly if one can put a thousand enemies to flight then two can put ten thousand to flight. The enemy is afraid because you have taken flight above him and his tactics; he has been finding himself under the feet of God’s people. You are beginning to fly with the wings of the Spirit and of the authority given to you in Christ Jesus. You are recognizing your true identity in Christ and the depths of His love for you. You are becoming more and more like the One who overcame the grave and overcame the evil one.

Victory is won in the heights and brought into the Earth.

“Your Kingdom come, Your will be done on Earth as it is in Heaven.”

There is an agreement being released by God’s family that is calling out for His Kingdom to come. We want His Kingdom and we are seeking the Kingdom first! The enemy has sought to keep the Church seeking their own needs, desires and earthly things for a long time because he knows that when we seek God’s Kingdom first that it will come and all other things will be added to us freely.

Kingdom ways are not understood by earthly wisdom. We give abundantly and then receive abundantly, we seek the Kingdom of God and gain what we need on Earth, we forgive and in turn we are forgiven. We are beginning to live in the Heavenly truths that change our lives on Earth.

It is time to soar, time to fly above the warfare and time to catch the wind of the storm (like eagles do) so that you go higher, faster and longer with less effort. Use the storms to your advantage. Let the dread of storms come upon the enemy because he realizes that God’s people go higher during the storms.
“Your Kingdom come, Your will be done, on Earth  as it is in Heaven.”

Give a financial gift to our ministry by going to: