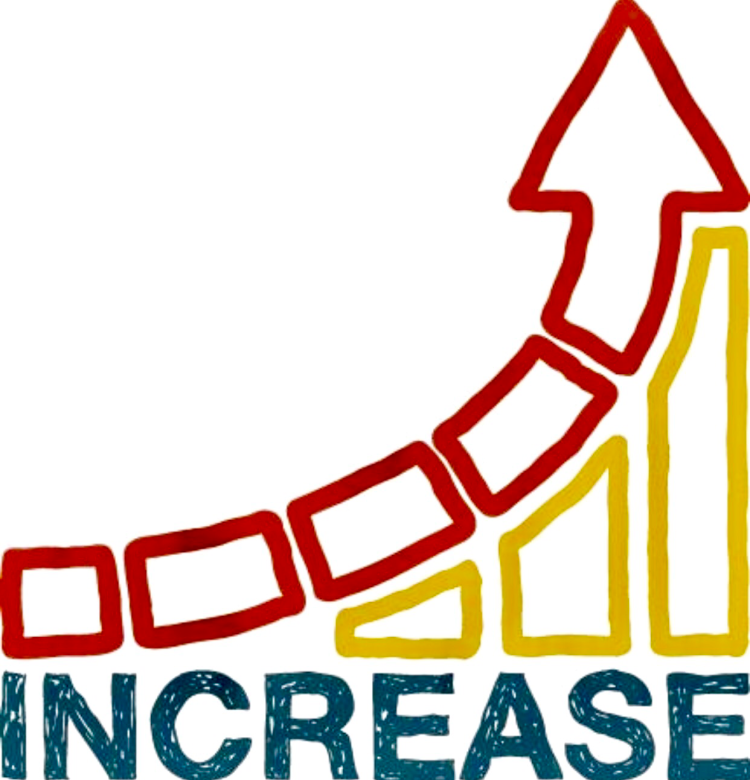 As I waited on the Lord this morning, I heard Him speak the words,

“Tell My people that increase is coming.”

This was followed by visions that brought further insight regarding His words.

In the first vision, I saw demons looting items from God’s people while other demons distracted them with chaotic circumstances. Each time something was taken from one of God’s people I saw angels in Heaven gathering double to return to them. I also saw “peace”, as if it were a substance, being gathered for all the chaos that the enemy had sent upon them. As the angels gathered these things I saw the Father laughing with great joy, as His excitement built, to see the increase of all that was lost restored with a double portion to His people.

In the second vision I saw an increase of the power of the Spirit coming upon men and women. They had been laying hands on the sick and oppressed but only seeing a few set free but suddenly they began to see a great increase of the miraculous happen as they laid hands on people.

In the third vision I saw many couples holding newborn babies. As I saw this

I knew that these were couples had been dealing with infertility. Wombs were opened and increase of sons and daughters came forth.

The last vision was of of men and women who had been going up and down dusty road after dusty road but each time they hit a “dead-end”. This left them parched, frustrated, lacking in much needed resources and downcast. Then, suddenly, the Lord took their hand and lead them down a newly paved road. He then washed the dust from the long journey off of them while speaking words of truth and encouragement to them. He then gave them new clothing and walked them through an open door to bring them into the fulfillment of what they had been searching for; it was better than they imagined. They received an upgrade and increase they impacted every area of their life.

The last vision brought to my mind the story in Zechariah 3,

“Then he showed me Joshua the high priest standing before the Angel of the LORD, and Satan standing at his right hand to oppose him. And the LORD said to Satan, “The LORD rebuke you, Satan! The LORD who has chosen Jerusalem rebuke you! Is this not a brand plucked from the fire?” Now Joshua was clothed with filthy garments, and was standing before the Angel. Then He answered and spoke to those who stood before Him, saying, “Take away the filthy garments from him.” And to him He said, “See, I have removed your iniquity from you, and I will clothe you with rich robes.” And I said, “Let them put a clean turban on his head.” So they put a clean turban on his head, and they put the clothes on him. And the Angel of the LORD stood by.”

Joshua the High Priest experienced an upgrade and increase as this occurred.

Many in body of Christ has experienced a time of great accusation. Satan, the accuser of the brethren, has been actively accusing the saints of God. He has been attempting to defile, distract and divert them from their true identity and call.

The Lord showed me what He called “demons of demise“. The angels of the Lord were actively battling these demons of demise and the prayers of the saints were strengthening these warrior angels to bring demise upon the demons; the assignments they carried to kill, steal and destroy God’s people were turned upon them.

I heard shouts from the saints of God that loudly declared the words, “Life, life, life…” These shouts of declaration resulted in life coming upon those that had this “demise” touch their lives.

They began to arise like Lazarus when he walked out of his grave. Then I saw their grave clothes being removed and new, white garments being put upon them. The declarations of “Life” released the power of resurrection.

Increase and life is God’s word over you. Shout it out! He is the resurrection and life. He is the God of increase. Demise is coming off of you and new garments are coming to clothe you and bring you into increase.

If my words and articles have encouraged you, consider sowing a seed of increase into our ministry. To sow, go to: