I heard the Spirit saying, “Now is the time to shed the skin of false identity and put on your true identity.”

It is time to allow the Lord to help you shake off any false identity that you have been wrapped in, clothing you in misrepresentation of who God created you to be. You have been fashioned in His image and the Holy Spirit lives within you; He is there to do great and mighty things through your life. His Spirit reveals the love of the Father to you, reveals truth to you and empowers you to resist the devil and his lies.

Are you living under an identity that brings shame, distress, insecurity, self-hatred—anything short of amazing beauty? If so, then you are not living in His image or His design for your life.

The enemy is terrified when God’s children come into the true knowledge of who they are and what they were created to do, because he knows that if they step into their true identity, they will walk in authority against his evil schemes.

The accuser of the Brethren realizes that those who have been weakened in their faith—and have come into agreement with him by believing his lies—are easy prey and he releases his forces to attack and devour. He is always searching for the easiest targets, and then proceeds to attack. We must stop believing his lies so that we can be strengthened with truth and authority.

Be alert and of sober mind. Your enemy the devil prowls around like a roaring lion looking for someone to devour. 1 Peter 5:8.

The enemy seeks to make a weakened Christian a pawn in his game, as he manipulates and attempts to bring harm to the family of God. Our Father longs for His sons and daughters to know and believe everything He has said about His love for them. When we believe the identity God declares over us, we are strengthened and built up in the faith, but when we exchange His truth for the lie of some other identity, we become weak and open our lives up to be victimized again and again by the devil who comes only to kill, steal and destroy (John 10:10).

…but those who hope in the Lord will renew their strength. They will soar on wings like eagles; they will run and not grow weary, they will walk and not be faint. Isaiah 40:31. 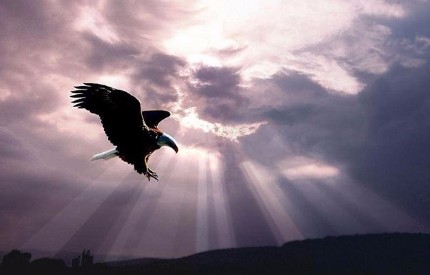 Believing lies will not only weaken a person but it will steal hope from them as well. It is common to see the lives of those who have taken on a false identity based on lies and accusation experiencing devastating attacks over and over. This creates a victim mentality, and they become tempted to accuse God of not being just or faithful to protect them.

When we live according to an identity based on lies we have believed, it downgrades our lives and causes the favor that we were created to walk in to dissipate.

Can you imagine what happens when a person lives their entire life in an identity based on lies and shaming accusations? That person then has children and raises them in a false family identity.

When I first married my husband I often heard a member of his family make mention of “the Pelton Curse”, and I wondered what he was talking about.  Soon, I realized that this person believed that every time something good happened it would be followed by something dreadful. He jokingly referred to it as the Pelton Curse. Everyone would laugh, but I could tell it was actually believed to be true. When I recognized this I began to say “NO!” I then declared that there is not a Pelton curse but a Pelton Blessing. I also began to renounce any and all agreement or covenant through words spoken or lies believed. I declared that every member of our family, both living and yet to be born, was under the blessing and favor of the Lord, and would live in His fullness. I declared that every gift and talent in our family line would be offered to the Lord and bear good fruit, that every heart would be pure; every person’s faith would be strong, that the perfect love that casts out fear would be known and experienced. This was truth, and Jeff and I came into agreement with it through our words and our faith. We made covenant with truth and broke any generational curse by declaring a generational blessing that would begin with us.

If you come from a Godly family line that has built and lived in the truth it is like receiving a bountiful inheritance. But, if you are like me and come from a lineage that did not understand the power of our words, the truth of the Word or the love of God, then you may have to spend some time letting the Holy Spirit show you how to renounce every demonic lie attached to your family line and how to release a family blessing upon your loved ones. I personally believe that the spiritual inheritance my family had been created to live in was not lost but was stored up for those who would believe in Jesus as their Savior and then unlock the inheritance upon their children and their children’s children.

Occupy the Blessing of Your True Identity

When you come into the truth of who God created you to be through your identity as His son or daughter, it is important to begin living from that truth.  When I began a journey of discovery, many years ago, that I was living a false identity fashioned from many shameful lies, I immediately began to take God at His word. God spoke to me about being deeply loved and pure of heart, and for the first time I stopped believing that all my actions were triggered by impure motives. When I broke agreement with that lying accusation, I began experiencing a changed heart and I could feel myself being immersed with His pure water that cleanses. As I agreed with the truth that I was deeply loved and not despised I began to experience freedom from self-hatred and the love of God immersed me with tenderness and fiery passion that I had never dreamed possible.

When you break agreement with lies and begin to not only agree with truth but align your faith with truth, then truth will break forth in and upon your life. As a child, I never believed that I’d amount to anything; my greatest hope was that I’d find a husband who wouldn’t leave me for someone else (and I didn’t even have much faith for that). Wow, talk about setting the bar low! I never would have expected all that God has done for me and I pray that I never get over the wonder of His unexpected blessings; and I’ve only just begun to see what He has in store. The same is true for you!

Now is the time!
~Kathi Pelton

If you would like to support our ministry with a one time gift or as a monthly partner please go to our website at http://www.inscribeministries.com ; go to our homepage and press the DONATE button. We take our partnership very serious and commit to pray for you and your families, as well as any other prayer request that you might have.

Thank you for sowing into all that God has asked us to do in seeing His Kingdom advance.