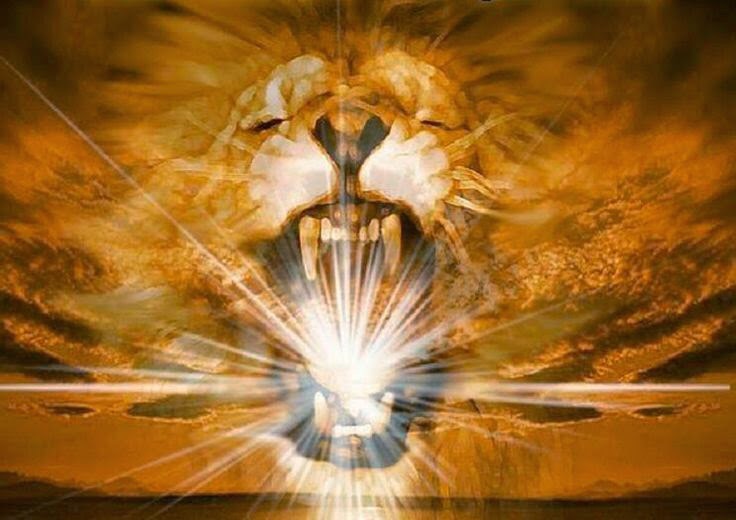 Last night my daughter was telling me about a story that she read on a social media site. Although the story is NOT true I immediately felt that it painted a prophetic picture of how our enemy has been “sizing up” or measuring the faith of God’s people in order to silence them. The story goes like this,

“A woman with a rather peculiar taste in pets had a 4-meter long python, which she adored. One day, the snake stopped eating. This lack of appetite in the snake continued over a few weeks. After numerous futile attempts to feed it, the woman felt desperate and took her pet to a veterinarian.

The vet listened to the woman carefully and asked ‘Does your snake sleep with you at night, wrap around you closely and spread out throughout its length?’

The snake owner looked at the vet expectantly hoping for good news ‘Yes, yes! It does it every day and it makes me so sad because I see it asking something of me, and I cannot help it feel better.’

But the vet’s answer was most unexpected: ‘Madam, your python is not sick. It’s preparing to eat you.

Every time it creeps and hugs you, wrapping around your body, it’s checking your size to weigh how big a meal you are and how it should get prepared before attack. And yes, it doesn’t eat in order to make enough space to digest you more easily.'”

Again, this is a fictional story but at the same time it immediately struck my spirit and the Spirit said to me,

“The Python spirit is sizing up the prayers of faith in My people to see if he can devour their authority by silencing them. He is frantic to hold onto rulership over cities and regions where prayer and praise has begun to loose his hold.”

The enemy hates prayer and he hates praise. He knows that authority comes through those who pray prayers of faith and release songs of praise. This python spirit comes to squeeze or apply pressure upon “people who pray” in order to render them silenced and then it will devour them.

My husband and I experienced this spirit during the years that we were the directors of a house of prayer outside of our country. The pressures that would come against us and our prayer interns was at times overwhelming but through prayer and praise we overcame.

Although we were not deterred by this spirit during our years in the house of prayer, the few years that followed we were severely attacked. Having not fully understood this spirit we paid a high price that could have been avoided if we had been more aware of its tactics and our authority in prayer.

The wisdom that we needed to fully combat and overcome this spirit is found in Acts 16. Let’s look at this story,

“Once when we were going to the place of prayer, we were met by a female slave who had a spirit by which she predicted the future. She earned a great deal of money for her owners by fortune-telling. She followed Paul and the rest of us, shouting, “These men are servants of the Most High God, who are telling you the way to be saved.” She kept this up for many days. Finally Paul became so annoyed that he turned around and said to the spirit, “In the name of Jesus Christ I command you to come out of her!” At that moment the spirit left her.”

I’ll pause here to say that our personal story during our years in the house of prayer would be like these first verses. When the enemy would come we would command it to leave and it left. Prayer and high praise continued for many years. Now let’s go on and read more of the story,


“When her owners realized that their hope of making money was gone, they seized Paul and Silas and dragged them into the marketplace to face the authorities. They brought them before the magistrates and said, “These men are Jews, and are throwing our city into an uproar by advocating customs unlawful for us Romans to accept or practice.” The crowd joined in the attack against Paul and Silas, and the magistrates ordered them to be stripped and beaten with rods. After they had been severely flogged, they were thrown into prison, and the jailer was commanded to guard them carefully. When he received these orders, he put them in the inner cell and fastened their feet in the stocks.”

Now for more of our story:

When my family returned to the United States after our years directing the house of prayer, we immediately experienced an attack that desired to stop us from taking prayer into the city that God sent us to. Our house burned, my husband was severely attacked with overwhelming pressures and oppression, our finances were attacked, our reputation was attacked. It was as if our entire family and our ministry team were beat up and our feet were put in stocks. Everything was designed to steal our voice of prayer and praise.

Now let’s look at the rest of the story in Acts 16,

“About midnight Paul and Silas were praying and singing hymns to God, and the other prisoners were listening to them. Suddenly there was such a violent earthquake that the foundations of the prison were shaken. At once all the prison doors flew open, and everyone’s chains came loose. The jailer woke up, and when he saw the prison doors open, he drew his sword and was about to kill himself because he thought the prisoners had escaped. But Paul shouted, “Don’t harm yourself! We are all here!” The jailer called for lights, rushed in and fell trembling before Paul and Silas. He then brought them out and asked, “Sirs, what must I do to be saved?” They replied, “Believe in the Lord Jesus, and you will be saved—you and your household.” Then they spoke the word of the Lord to him and to all the others in his house. At that hour of the night the jailer took them and washed their wounds; then immediately he and all his household were baptized. The jailer brought them into his house and set a meal before them; he was filled with joy because he had come to believe in God—he and his whole household. When it was daylight, the magistrates sent their officers to the jailer with the order: “Release those men.” The jailer told Paul, “The magistrates have ordered that you and Silas be released. Now you can leave. Go in peace.””

The python spirit, that had been loosed from the girl who enticed the city, felt that its place was threatened by the authority that Paul and Silas walked in as they gathered to pray. Yet even when this spirit attacked them, flogged them and put them in stocks they began to pray and sing hymns to God. This was the weapon of authority against the python spirit that sought to shut them up and bind them from moving forward.

When this spirit came against my family and our ministry team, we spent a few years feeling beat and bound. For my husband and I it hit our heart of prayer and praise more than anything other area. Because we didn’t fully understand what was coming against us, this spirit kept us from walking in our authority longer than need be. When the Spirit of God brought us to our senses and we began to pray with authority and sing praises to God in the midst of our captivity, it shook this snake off of us and we were set free to go forth in peace and prayer.

I share our story and the story in Acts 16 to help you understand how terrified the enemy is of prayer and praise. He will send the python spirit to try to silence prayer and worship so that he can possess your city and its people. This spirit is dispossessed through men and women who pray!

Prayer breathes life into a city and into the people of that city while the python spirit seeks to remove the breath of God that gives life. Just like the enemy who comes to kill, steal and destroy…so it is with the python spirit.

Ask God to fill your lungs with prayers and songs of deliverance. Then release them loud and strong. Even if you have been beat up and put in stocks by those ruled by this spirit, release your prayers and praise.

Do not hold back, do not be hindered, do not let the enemy size you up and find your faith lacking. It is time to take our cities back and even see our jailers turn to Christ. Our authority is found in the intercession of Christ so pray. Day and night, night and day let the incense of prayer arise.

If our words and articles have helped you in your journey then prayerfully consider helping us in our journey with a financial gift. To donate go to: