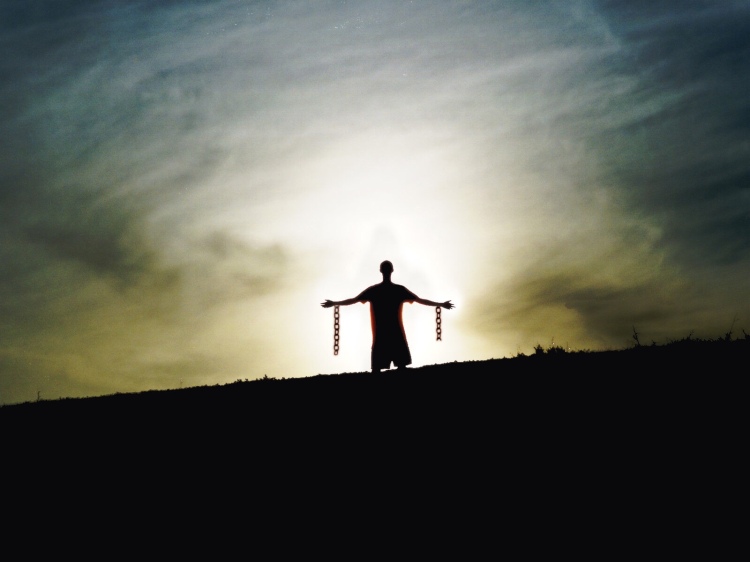 The enemy loves to hold people in a place of captivity. He plots evil against them and then carries out those plans upon unsuspecting victims. But we are not “unsuspecting” and we are not “victims.” We know the intentions of the evil one and we are not victims; we stand as victorious sons and daughters of the Holy One. God is one step ahead of the enemy and He reveals His plans which cause the enemy to be caught in his own traps.

Though you may feel as though the enemy has triumphed over you, know this…God will set you free. He has given the enemy an ultimatum and what the evil one has sent against you will be turned upon him and his camp! You are about to be set free and you will carry the plunder of Egypt with you.

Tonight is the first night of the Jewish celebration called Passover. Passover celebrates the remarkable event of deliverance, where God turned around the captivity of His people into a night that is to be remembered for all time.

The Israelites had been in captivity for 430 years when Moses arrived on the scene to lead them into their miraculous deliverance. After Moses went to Pharaoh time and time again with the Lord’s demand, “Let my people go!”; the tenth and final time turned everything around.

“Then Moses confronted Pharaoh: “ GOD ’s Message: ‘At midnight I will go through Egypt and every firstborn child in Egypt will die, from the firstborn of Pharaoh, who sits on his throne, to the firstborn of the slave girl working at her hand mill. Also the firstborn of animals. Widespread wailing will erupt all over the country, lament such as has never been and never will be again. But against the Israelites—man, woman, or animal—there won’t be so much as a dog’s bark, so that you’ll know that GOD makes a clear distinction between Egypt and Israel.’” Exodus‬ ‭11:4-7‬ ‭MSG

Once again Pharaoh hardened his heart against the God of Israel; instead he put his trust in the gods of Egypt and in the kingdom he had created on the backs of God’s chosen people. But God would use this tenth time to be the time that the thief is plundered.

“Moses assembled all the elders of Israel. He said, “Select a lamb for your families and slaughter the Passover lamb. Take a bunch of hyssop and dip it in the bowl of blood and smear it on the lintel and on the two doorposts. No one is to leave the house until morning. GOD will pass through to strike Egypt down. When he sees the blood on the lintel and the two doorposts, GOD will pass over the doorway; he won’t let the destroyer enter your house to strike you down with ruin.” Exodus‬ ‭12:21-23‬ ‭MSG

A second “tenth” warning has been issued against the enemy that demands that God’s people are set free to worship Him and to live in the abundant life that God has promised. What happened before is happening again. God is declaring an ultimatum that says, “Let My people go or everything that you have sent against them will come upon you!”

“The thief comes only to steal and kill and destroy; I have come that they may have life, and have it to the full.”

Declare the blood of the Lamb over you and over your household. Anoint your doorpost, your head, and your heart with the blood that sets you free and causes the plans of the enemy to pass you by. Today is a day of freedom, a day of rejoicing, a day of dancing, and a day of deliverance.

Declare the words from Psalm 3 over your life today, this day of Passover,

“Lord, how many are my foes! How many rise up against me! Many are saying of me, “God will not deliver him.” But you, Lord, are a shield around me, my glory, the One who lifts my head high. I call out to the Lord, and he answers me from his holy mountain. I lie down and sleep; I wake again, because the Lord sustains me. I will not fear though tens of thousands assail me on every side. Arise, Lord! Deliver me, my God! Strike all my enemies on the jaw; break the teeth of the wicked. From the Lord comes deliverance. May your blessing be on your people.” Psalm‬ ‭3:1-8‬ ‭NIV‬‬

Send a check/money order to: