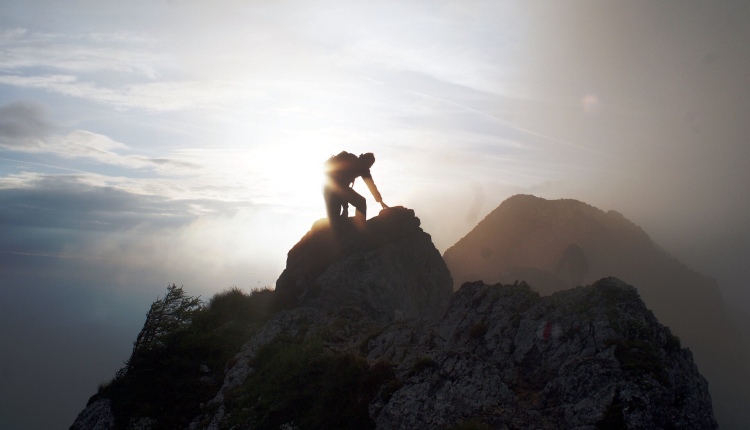 We have a cat that loves to sleep on the end of our bed. He also loves to wake up at 5 a.m.. Rather than just hop down and let us sleep a bit longer he walks all over us; meowing, rubbing, pouncing and purring. All he really wants is one of us to get up and feed him. And as always his persistence pays off!!

This morning as this normal (and annoying) routine took place I heard the Spirit say,

Of course we all know the story of the persistent widow before the unjust judge and how she went before him again and again. Let’s look at it once again,

“Then Jesus told his disciples a parable to show them that they should always pray and not give up. He said: “In a certain town there was a judge who neither feared God nor cared what people thought. And there was a widow in that town who kept coming to him with the plea, ‘Grant me justice against my adversary.’

“For some time he refused. But finally he said to himself, ‘Even though I don’t fear God or care what people think, yet because this widow keeps bothering me, I will see that she gets justice, so that she won’t eventually come and attack me!’”

And the Lord said, “Listen to what the unjust judge says. And will not God bring about justice for his chosen ones, who cry out to him day and night? Will he keep putting them off? I tell you, he will see that they get justice, and quickly. However, when the Son of Man comes, will he find faith on the earth?” Luke18:1-8

As the family of God stands in continual faith for justice and mercy, it creates an atmosphere of belief that pushes back the enemy of resistance. God is not resistant in helping you but there is a real battle happening in the spirit that resists your answer arriving. We know this is true by looking at Daniel 10. Daniel had cried out (in faith) to the Lord for twenty-one days, with continued prayer and fasting, yet his answer was delayed,

“And the man said to me, “Daniel, you are very precious to God, so listen carefully to what I have to say to you. Stand up, for I have been sent to you.” When he said this to me, I stood up, still trembling. Then he said, “Don’t be afraid, Daniel. Since the first day you began to pray for understanding and to humble yourself before your God, your request has been heard in heaven. I have come in answer to your prayer. But for twenty-one days the spirit prince of the kingdom of Persia blocked my way. Then Michael, one of the archangels, came to help me, and I left him there with the spirit prince of the kingdom of Persia.” Daniel‬ ‭10:11-13‬ ‭

His request was heard and the response was sent right away but it was blocked by a powerful and demonic spirit. Daniel’s persistence in faith, prayer, and fasting partnered in the battle to see the answer come.

I believe all too often we lack the understanding that we need regarding the very real battle that is ongoing in the unseen world. We cannot be passive in prayer or in partnership with Heaven; we must be persistent! We may have to pray without ceasing and fast. Far too often I hear people say,

“Why doesn’t God just do what I’ve asked Him to do if He is able?”

He is able and He is willing and He heard you the first time your request came to Him. You must understand that there is resistance and a battle to see your answer made manifest before your eyes. There is a battle against wisdom, comfort, help and provisions. There is a battle over lives, families, regions and nations.

We must cast passivity off and become persistent. We have a God who is full of justice (not an unjust judge) and who has heard our cries. Will He find faith on the Earth or will we give up when delays come our way? We must not be pushed back into passivity or unbelief when the battle rages.

May we be like Jacob, when he wrestled with the angel and say,

Then the man said, “Let me go, for the dawn is breaking!” But Jacob said, “I will not let you go unless you bless me.”

Do not let go! God is not deaf toward you, nor slow to answer. There is a partnership with Heaven that causes faith to arise and push back the resistance. Be persistent, pray in the Spirit and pick up your sword. Put passivity under your feet and let the Spirit of the Lord war through you with prophetic persistence and groaning too deep for words,

“And the Holy Spirit helps us in our weakness. For example, we don’t know what God wants us to pray for. But the Holy Spirit prays for us with groanings that cannot be expressed in words.” Romans 8:26

You are not merely a “victim of war waiting to be rescued” but you are a fierce warrior who is a part of an army of faith that is breaking down the resistance that stands against the word of the Lord coming to earth.

Now is the time to arise! It is time to shake off the weight of passivity and pick up the sword of fire that brings the victory.

“Praise the Lord, who is my rock. He trains my hands for war and gives my fingers skill for battle.” Psalms‬ ‭144:1‬