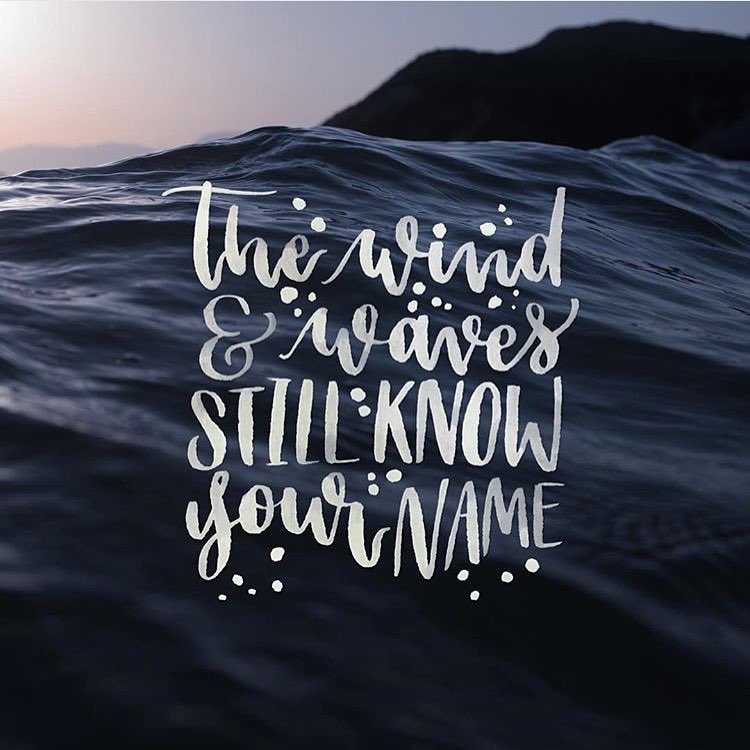 During a worship service recently I was praying in the back of the room and I could feel a weariness in the room. I sensed that many were tired from the storms of life. I was praying and decreeing a breakthrough for the people and into the atmosphere so that Jesus would receive all that He is due.

As we worshiped to the well-loved song from Bethel Music, “It is Well” we began to sing the line that says,

“The waves and wind still know His name…”

As we repeated that line I could feel a shift occurring. The storms over lives began to respond to His name and the people entered into a renewed freedom. Then the very atmosphere in the room changed from what felt like a confined place to a broad place that was carrying His name beyond the boundaries of the room.

I don’t know who first said the following quote but I have heard this quote many times over the past few weeks,

“We were created to be a thermostat not a thermometer.”

We weren’t created to merely measure the spiritual temperature but “Christ in us” changes the temperature (atmosphere) in a room, a city and even a nation. We carry His name and the winds and waves still know His name. The enemy would like you to believe that you have no authority or power to see darkness dispelled or sickness flee but your authority and power flows from the name that you carry.

Just as a prince carries authority and power based upon the name that he carries from being the king’s son, so is the same with God’s sons and daughters. It is time to shake off every lie that puts any other name upon us that robs us of the authority that comes from His name alone. Your bloodline is royal and you wear the signet ring of the King of Kings.

It is time to allow “Christ in you” to arise in the fullness of who He is and see atmospheric change, situational shifts and even demons flee. As you attach your faith to the name above every name, you will become that thermostat that brings change and brings His Kingdom authority into every place you go. This is how revivals begin and moves of God on the Earth begin to swell. It happens as God’s people begin to understand and believe in the One that lives within them. We are carriers of His glory, carriers of His love, His light, His presence and His salvation.

“For [even the whole] creation (all nature) waits expectantly and longs earnestly for God’s sons to be made known [waits for the revealing, the disclosing of their sonship].”

I believe that ALL creation longs to be brought back under the rulership and dominion of their Creator and His original design. “In the beginning” this was how the earth was created and man was created to walk in authority and rulership over the earth.

The serpent continues to lie and his lies undermine the authority that he knows is within us and was restored to us through Jesus’ life, death and resurrection. His Spirit within us has not weakened over the ages but the lies of the enemy to keep God’s people unaware of our true identity and true authority has increased.

Jesus redeemed us from the curse of sin and creation longs for the redemption that we have been given…the land longs for redemption, the winds and waves roar; longing for redemption. The very circumstances surrounding your life long for redemption and they long to see you release His name so that order is restored.

This is the inheritance of His sons and daughters and we, as His inheritance, need to reach out and receive the truth and authority that redemption has provided.

“The winds and waves still know His name…” It is time to be carriers of His name into all the Earth.

If my prophetic words and articles have encouraged your life, stand with us to continue to be able to release life-giving messages by giving a financial gift to our ministry at: