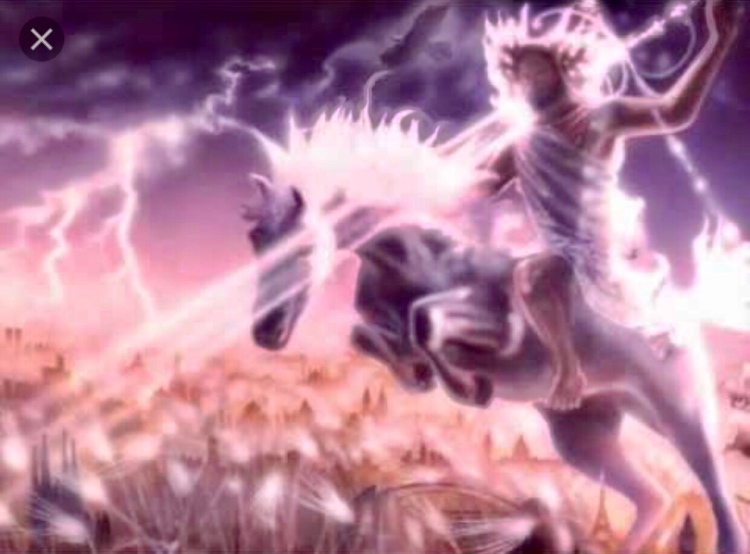 Today I was taken into a vision of Jesus our Champion riding on a white horse with a flag that had the word “VICTORY” inscribed on it. He was leading a great angelic army into a battle that I knew had already been won. It was as if He was entering the battle with a procession that would normally come at the end of a battle that had been won.

I then heard God’s faithful remnant begin to rise up as one on behalf of those who had been “stopped.” They began to declare a victory along with the Lord.

I heard the words from the song, “Champion” (by Bryan & Katie Torwalt),

“We will shout it out from the mountaintops

that our God is good, He has overcome.

Let all the earth, every tribe and tongue:

we will sing it out, He has overcome.”

If you have a voice, then shout these words out! Let heaven and hell, angels and demons, the earth and the sky hear your declaration. Our Champion, who fights for us, has overcome! Victory is His and He has gone forth in victorious array. He will secure your victory and the enemy’s camp will be plundered, and you will receive back more than what was stolen from you.

Dance around the downcast and shout over those struck down. Enter into the victory march that is even now trampling down the enemy.

I declare, “Victory” over all that has come against you. Come on: join in this victory song! Today is the day of His overcoming.