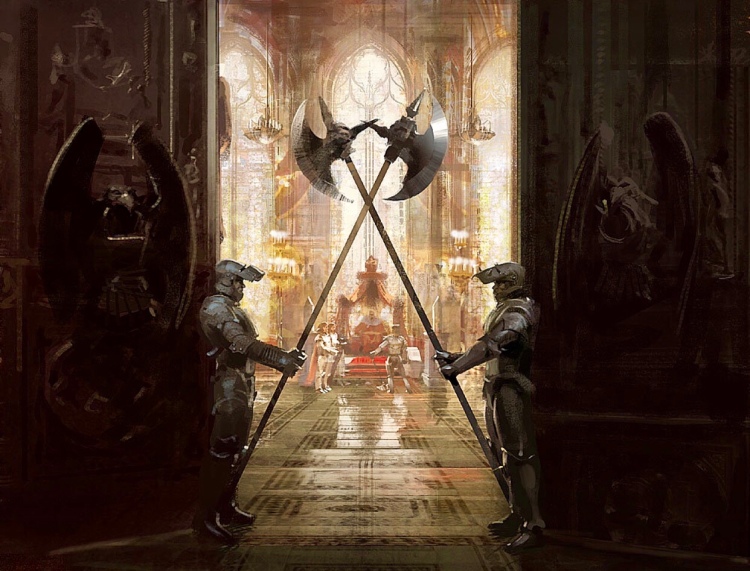 There are seasons of peace and seasons of battle. It seems as though we are in a time of battle and the battle appears to be over “thrones.”

The enemy has occupied thrones in cities, nations, and people’s souls for thousands of years. Satan desires to be king and to sit on thrones that give him authority to occupy those places with his demonic agendas. Yet there is One King and One Ruler, and He is the One who holds all things together and has already secured the victory from His heavenly throne.

This has been a year where God’s people are arising in truth and authority, partnering with King Jesus to dethrone the enemy and to see the Kingdom of God established on earth as it is in heaven. Even the places within the souls of God’s people that had not been surrendered to God—allowing the enemy to establish and occupy a throne in their soul—are being overthrown. Now the Prince of Peace has moved into those places to stop the chaos and establish His throne of truth.

There truly is a great battle. I have personally never seen the demonic realm so stirred up to rage against the victories that are toppling enemy thrones. We must not be dissuaded from moving forward to take back God’s inheritance in nations. Though the enemy rages, we will see the Kingdom of God and His throne occupy hearts, regions, and nations.

The one thing that I know from experience is that whenever I’ve watched the enemy this stirred up, he always overplays his hand, causing hidden things to be revealed and his strategies to be turned upon his own camp.

Do not be alarmed at what you are “seeing” manifest because what you can see is no longer hidden! The enemy would like you to respond like a “deer in the headlights” as these things are brought into the light, but do not be afraid or dismayed. The hidden activities of the enemy are being revealed in order to overthrow demonic thrones that have brought great destruction to lives and creation. God is winnowing out evil!

“When a king sits on his throne to judge, he winnows out all evil with his eyes.” Proverbs‬ ‭20:8‬ ‭

As God’s people are humbling themselves before Him in yielded surrender it is causing a flood of victory to come into the earthly realms. As we come in humility before the One who sits on the throne in heaven, it is becoming the greatest weapon of warfare ever wielded against the enemies of God.

“He has brought down rulers from their thrones but has lifted up the humble.” ‭‭Luke‬ ‭1:52‬ ‭

The earth is the Lord’s and all that is in it. In surrender we will see the Lord exalted and the thrones of darkness fall. He will be exalted and His faithful ones will be strengthened.

“He raises the poor from the dust and lifts the needy from the ash heap; he seats them with princes and has them inherit a throne of honor. For the foundations of the earth are the Lord’s; on them he has set the world. He will guard the feet of his faithful servants, but the wicked will be silenced in the place of darkness. It is not by strength that one prevails; those who oppose the Lord will be broken. The Most High will thunder from heaven; the Lord will judge the ends of the earth. He will give strength to his king and exalt the horn of his anointed.” 1 Samuel‬ ‭2:8-10‬

This is a real “game of thrones” but we already know whose throne is eternal and cannot be toppled.

“He will be great and will be called the Son of the Most High; and the Lord God will give Him the throne of His father David; and He will reign over the house of Jacob forever, and His kingdom will have no end.” Luke 1:32-33