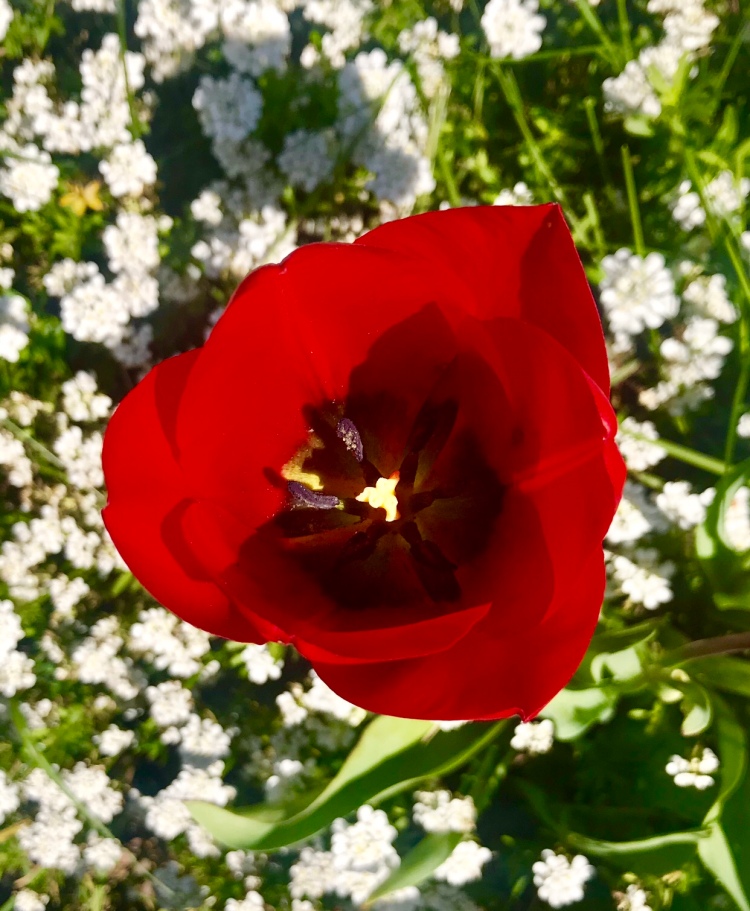 Often the greatest growth and spiritual preparations happen in dark and hidden seasons of life. I have learned not to be quick to dismiss those season where I feel isolated, set aside, and even forgotten. My greatest training came during those difficult times.

Recently the Lord took me into a vision during a conference for women; in this vision He was holding a tulip bulb. There was nothing attractive about this bulb and yet the Lord was enamored by it, as if He could see beyond the tunic (the outer covering). He then reached down into a patch of dark, rich soil and dug a hole; carefully placing the bulb into the depth of the fertile soil. He covered the bulb until it was fully concealed and hidden.

Then I was taken underground where the bulb had been buried and I could see that the Spirit of the Lord was there with this bulb. I was taken beyond the outer layer and there was great life and growth happening, just like within the womb of a pregnant woman. Though no eye could see this bulb and it appeared forgotten, the Lord was still enamored by what lived within it. I saw Him spending time with it in the secret place (underground) and He was teaching it, feeding it, growing it, shaping it, and loving it. As He nurtured this bulb its roots grew deep and a green shoot of life began to emerge from the top of it. Then I saw Him wrap Himself around this buried bulb like a garment of light. As He did this it suddenly burst forth from underground and quickly grew into the most beautiful tulip I’d ever seen. Everyone who passed by would stop to look upon its beauty. Little did they know what had happened underground to create such beauty.

Yet, in the midst of the beauty that was shown to before men, God was still focused and enamored by the bulb that remained hidden in the secret place. He knew that the beauty above ground would come and go through the seasons of life and the attention of the “onlookers” would lose its initial excitement. The true life would always be in the hidden place where no man could see. The manifestation that could be seen above ground was temporary and would flower, then fade; but the deep place was eternal and would never fade.

This is such an amazing picture of our lives in Christ. We are truly formed in the hidden and secret place where no man can see. Just as we were hidden and formed in our mother’s womb, we are also hidden and formed in the spiritual womb of the secret place. God is far less enamored by the fruit—or flower—that draws the attention of man; He is overwhelmed by the beauty of the inward places where His Spirit dwells. It is there that life and light causes the flowering of our character and the fruitfulness of our surrender.

Do not despise the day of small beginnings! (Zechariah 4:10)

Who I am today was formed in deep (and sometime very dark) places. I wrestled against this work all too often, until I began to realize that God was there with me. As I learned to surrender to Him my roots began to go deep and I experienced Him being wrapped around me like a garment that would forever transform me and love me. I am still being formed in the hidden place and each season I flower anew with an awareness that my true life and is in the place that no man can see.

Surrender to His love and to the place where “Christ in you” is formed. When He is formed in you His love will dwell within you no matter the season of life. Intimacy will become a part of your roots and your flower. Allow the “secret place” to be your intimate place with Jesus, for this is where fruitfulness is created.

“To them God chose to make known how great among the Gentiles are the riches of the glory of this mystery, which is Christ in you, the hope of glory.” Colossians 1:27

Will you stand with us in prayer and financial support at this time? We have devoted the past two months to writing our new book, “The Yielding”, and need additional support as we focus our attention on this project.

The Lord has told us that this book will be transformational in the lives of many believers, therefore; we want it to be excellent and each word from His Spirit alone.Pray for us and please prayerfully consider financially supporting us during the writing process. Thank you!

To give a financial gift, go to: