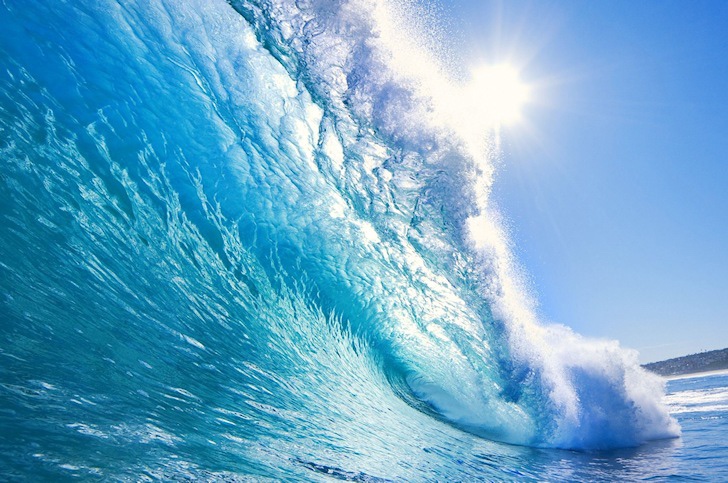 I was taken into a vision this morning where I saw a swirl of fear, chaos and distraction sent against many of God’s people. This demonic assignment was causing people to feel disoriented and disconnected. It came so fast and furious that it caught them off guard.

I’m from Northern California where the coastline is known for what are called, “sneaker waves”. These are very large and powerful waves that suddenly and unexpectedly come upon the shoreline. These sneaker waves a known for pulling a swimmer or a person walking on the shore out into the turbulent sea.

This is an appropriate description of what this assignment looks like. It is as if you were swimming in the refreshing glory of God or walking with Him upon shores of grace and suddenly you are caught by a sneaker wave and are pulled out into the chaos and turbulence of the sea.

In this vision I saw those who were caught in the chaos of this sneaker wave struggling to reorient themselves. I saw their arms flailing like a person who was drowning. As I saw this I saw the Lord with them and heard Him speak these words,

“Stop fighting, stop flailing and let Me rescue you. Trust Me and watch what I will do.”

When someone is drowning, the worst thing that they can do when help arrives is to fight and flail in fear. As they rest and relax into full dependency upon the one who has come to save them the rescue is far easier and much less traumatic.

The Lord is with you in the sea of chaos that has caught you by surprise. Relax and rest in His arms because He is right there with you. The fear has been blinding you from seeing Him but know this; He is there to rescue and save you.

The vision continued and I saw these people as they began to recognize the Lord’s presence with them. They began to relax into the peace that comes with absolute dependency upon His saving power. As they ceased striving and flailing, the sea of chaos that they had been drowning in suddenly became a wave that lifted them up carried them to the shore. Yet it was not the shore that they began on but it was a shore of destiny. A wave of destiny brought them to a shore of destiny.

So often God will use what the enemy has sent against us as an opportunity to get us further and faster to the place He has for us then had the attack not come. This is happening for many right now. We know from scripture that when the enemy comes…like a flood the Lord raises up a standard against him. It is the Lord that floods the atmosphere with His ways and will.

Years ago the Lord told me to be aware that the demons feed on fear and chaos. It is like a feeding frenzy for demons when the atmosphere is charged with the fear that produces chaos. Then He showed me that when there is peace and trust in Him it releases an atmosphere that is complete confusion to the enemy. He and his army fall into absolute chaos and confusion…and they must flee! Peace and trust attract the hosts of heaven!

If you have been caught by a spiritual “sneaker wave”that has pulled you into its grip, threatening to pull you under and drown you, then now is the time to close your eyes and see with the eyes of your spirit. God is with you to rescue and save you. Enter into peace and trust. Watch the chaos suddenly become a wave that you were destined to ride to the shore of destiny where that which you’ve longed and waited for is suddenly before you.

“And the peace of God, which transcends all understanding, will guard your hearts and your minds in Christ Jesus.” Philippians 4:7

To support this ministry with a financial gift go to: https://www.inscribeministries.com/

Kathi’s new book from her 30 Days to Breakthrough series, Becoming Bold and Courageous, is available for pre-sale this week. To order your author signed copy at the pre-sale price go to: https://www.inscribeministries.com/

Or, contact us at: admin@inscribeministries.com and write “Pre-sale Book Offer” in the subject line.