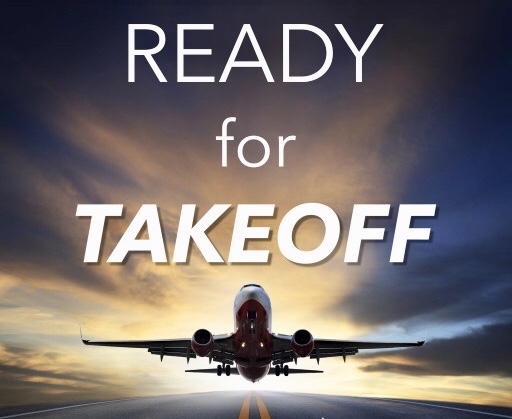 As I sat down to listen to the voice of God today, I heard the words,

“You are ready for take off!”

This is a word for those who have been in a time of preparation and anticipation.

As I heard these words my mind immediately flashed to a movie with Tom Hanks called “The Terminal”. In this movie his character is stuck waiting in an airport terminal for many months because he cannot legally go back to where he came from but could not enter into where he was going. I sense that many have been in a time like this where “in faith” they moved out from the old but have not been able to step into the new. It has been like a state of limbo for them. The Lord wants you to know that this “in between” place has not been in vain because you could not stay in the old and yet the timing of the Lord for the new had not yet come upon you. You have been upon a threshold in time.

September has been a month that is calling your name and between now and the close of 2018 there will be a transition into take off. You have been made ready. This time of the “in between” has felt frustrating and maybe even fruitless but it has aligned timing and it has aligned truth. It has also made you hungry and thirsty for Him like never before. You have become more intimate with Him in this place of waiting.

It’s time to pack up your belongings from the place that you’ve been camping (spiritually speaking) because the temporary or in between place is coming to a close and you will take off into the new. You’ve never been this way before so don’t try to make sense of it or bring pre-conceived ideas into it because they will merely cause added baggage to your journey.

Your terminal time is coming to a close and you are about to take off!