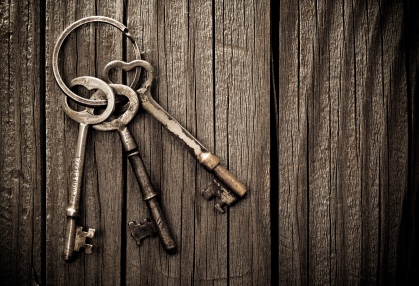 At the beginning of the year the Lord told me that 2019 would be a “Year of Demarcation.” I knew that February would be a significant month that highlighted moments of demarcation. Beginning 2/12 to 2/22 there was a significant shift, moving the body of Christ into a greater authority that will expose things hidden in darkness, bring forth light, open and close doors, and see both mercy and judgement released.

There are three Scriptures that the Spirit of the Lord highlighted to me. All three of the verse references have the numbers 222 within them.

“He reveals deep and hidden things; he knows what lies in darkness, and light dwells with him.” Daniel‬ ‭2:22‬ ‭

“So I will cast her on a bed of suffering, and I will make those who commit adultery with her suffer intensely, unless they repent of her ways.” Revelation‬ ‭2:22‬ ‭

In Isaiah 22:22 we see a key of authority given that can open and shut doors. We have entered a time of possessing the keys of authority to shut doors that the enemy has held open to bring about demonic laws, agendas, deceptions, defilements, and darkness; these doors will begin to close through the power of prayer and the authority of Jesus Christ given to the church. The word “Holiness” will be written upon these keys.

The authority that comes to those who will follow His ways and walk in His truths (not adding or subtracting from His Word) will receive keys of authority such as Jesus had when He walked on earth.

“To all who are victorious, who obey me to the very end, To them I will give authority over all the nations. They will rule the nations with an iron rod and smash them like clay pots. They will have the same authority I received from my Father, and I will also give them the morning star!” Revelation‬ ‭2:26-28‬

“They will have the same authority…” Incredible!

Daniel 2:22 is upon us as God is revealing deep and hidden things: both truths and deceptions. He is using the most unlikely men and women to bring this about! In the midst of deep darkness His light will be revealed. The enemy’s “underbelly” will be exposed; shields that have protected and hidden satanic strongholds will suddenly be removed, allowing the light to penetrate the darkness. The enemy will be found vulnerable and exposed in many ways and arenas.

Lastly, Revelation 2:22 deals with the spirit of Jezebel. In this chapter the Church of Thyatira is rebuked for “tolerating that woman- Jezebel.” Verse 22 not only brings judgement upon this spirit of deception and defilement, but it calls those who have joined with her into repentance or they will also be judged.

This is a time that we are seeing this spirit exposed (judged) and “those who have joined with with her” given a chance to repent. It is very sobering because it says that those who do not repent will suffer greatly. How merciful it is of our God to offer a time of repentance. This is His mercy because He does not desire to bring judgement.

The end result of this purification, exposure of darkness, and closing doors will be the return of “Holiness unto the Lord” upon His bride.

We will see righteousness, mercy, light, purity, truth, integrity, and the fear of the Lord come upon the church, and this will result in great authority that replaces the kingdom of darkness and deception with the Kingdom of light and of truth.

This is a time of demarcation that is removing the filthy garments from God’s priests as we see in Zechariah 3. We pray for mercy to triumph over judgement and for the fear of the Lord and holiness unto the Lord to come upon His bride.

To support Kathi Pelton’s ministry with a financial gift go to: http://www.inscribeministries.com/

To receive information on becoming a ministry partner write to her at: kathi@inscribeministries.com