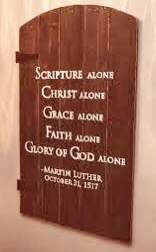 Today is the 500 year anniversary since Martin Luther nailed his “95 Theses” on the door of a church in Germany…ushering in the great reformation.

According to Wikipedia the Reformation was a 16th-century movement for the reform of abuses in the Roman Catholic Church ending in the establishment of the Reformed and Protestant Churches.

The action or process of reforming an institution or practice.

May the Spirit of the Lord and the people of God, led by His Spirit, once again see another reformation ushered in. It will be a reformation of the heart that will reform practices that have created disunity and divisions.

For two weeks now I have been hearing in my spirit a line from the 1964 Disney classic, Mary Poppins, that says,

“Winds in the east, mist coming in, Like somethin’ is brewin’ and bout to begin. Can’t put me finger on what lies in store, But I fear what’s to happen all happened before.”

Though we do not fear what’s to happen, the enemy surely does and he’s been raging against it for many months now. Another great reformation is about to begin!

• It will usher in Joel’s army…an army that marches shoulder to shoulder without jostling one another for position. (Joel 2)

• It will be the display the realization of Zechariah 4:6,

Then he said to me, “This is what the LORD says to Zerubbabel: It is not by force nor by strength, but by my Spirit, says the LORD of Heaven’s Armies.”

“That He would grant you, according to the riches of His glory, to be strengthened with might through His Spirit in the inner man, that Christ may dwell in your hearts through faith; that you, being rooted and grounded in love, may be able to comprehend with all the saints what is the width and length and depth and height– to know the love of Christ which passes knowledge; that you may be filled with all the fullness of God. Now to Him who is able to do exceedingly abundantly above all that we ask or think, according to the power that works in us, to Him be glory in the church by Christ Jesus to all generations, forever and ever. Amen.”

‭‭
• Finally, it will reform the hearts of God’s people to posture themselves like Mary did in Luke 1:38 when she responded to the angel of the Lord and said,

“Behold the handmaid of the Lord; be it unto me according to thy word.”

May we be reformed from ways that have brought in abuses, divisions, works of the flesh, prejudices, judgements, jostling for positions, the sound of the resounding gong and steps directed by the head (man) and not the heart (God).

Pray that we will come into the oneness spoken of 1 Corinthians 6:17 and be “one spirit with Him”,

“But he who is joined to the Lord is one spirit with Him.”‭‭  1 Corinthians‬ ‭6:17‬ ‭

May every place that our spirits have been joined with the spirit of the world be broken off of His Church by the grace of the Lord and by the work of His Spirit within us. May His love be nailed to the door of our hearts and to the doorway of this new era. May it reform us to a place of first love that does not fade away.

May we all pray aloud today the words of Ephesians 3:21,

“To Him be glory in the church by Christ Jesus to all generations, forever and ever. Amen.”

To support our ministry with a financial gift go to: 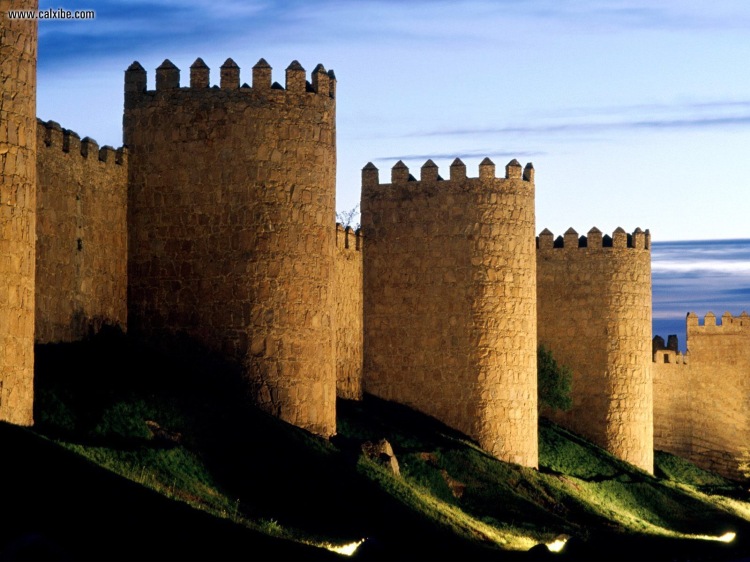 As we awoke this morning to hear of the senseless and tragic massacre that happened last night, I could only imagine the fear and trauma that must be upon those who had been attending that concert in Las Vegas. As this day has progressed I have heard many people talking about the fear that they feel as yet another act of hate has occurred in a public gathering.

Though there is no promise that we will not face tragedies or fearful events in our lives, we can move forward in the hope of our eternal security. Though the things of this world are ever changing, the promise of our salvation is sure. In times of pain and grief I hold on to the truth found in Romans 8:38-39,

“For I am convinced that neither death nor life, neither angels nor demons, neither the present nor the future, nor any powers, neither height nor depth, nor anything else in all creation, will be able to separate us from the love of God that is in Christ Jesus our Lord.”

His love is with us in times of joy and grief, in triumph and trials, as well as in life and in death. Nothing, absolutely nothing can separate us from His love. Hate cannot separate you from the love that never leaves you.

“The name of the Lord is a strong fortress; the godly run to him and are safe.” Proverbs‬ ‭18:10‬ ‭

God’s people find refuge in the source of their salvation, Jesus. In Him we have hope and in Him we have help. If fear has gripped your heart today then ask Him for His help and comfort. There is no shame in grief. We were not created to experience the effects of sin and darkness but the Comforter has come to us when grief comes. Pray that many will come to find Jesus has their fortress in the days to come.

Together we pray for all of those who experienced this tragedy. What happened in Las Vegas truly has not remained there but affected us all. We pray for comfort, peace, hope and healing over every victim, life, family member and friend. We pray that all will experience this truth from Hebrews 12:24, “the blood of Jesus speaks a better word”. It speaks the word of love, hope and salvation. We speak the power of the love found in the blood of Jesus over all of these lives and over your life today.

If my writings are a blessing of encouragement in your life, consider giving a financial gift. Go to: 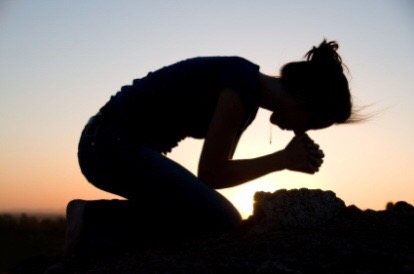 I clearly heard the Lord speak to me saying,

“My Hannahs will receive a double portion!”

If you have been barren, physically or spiritually, the Lord has heard your cries, He has seen how your barrenness has separated you, brought deep pain and even disparity. It is time for your double portion.

If my writings have encouraged you, consider sowing a financial gift into our ministry by going to:

I asked the Lord what the wood and iron gate was and I heard the words, “Self-protection”. I was shown how when God’s people go through broken relationships, painful experiences or disappointments they can easily enter into a place of self-protection. Unfortunately self-protection not only walls us off from the body of Christ but it also walls us off from experiencing the fullness of joy and beauty that we receive by trusting God.

God is inviting His people to allow His Spirit to incinerate these walls of self-protection so that you can fully experience His love and healing. Yes, it does require vulnerability but that is where trust comes in. I remember a time many years ago when a friend asked me if I promised that I would never hurt her. My response was this,

“I promise that if you walk closely with me I will at some point cause you pain but I also promise that I will walk through that pain with you and we will allow God to heal any pain that we unintentionally (or intentionally) cause one another.”

All relationships and love is a risk but to protect yourself from relationships and love is guaranteed to cause you pain. The only love that is not a risk is the love of God. He promises to heal you and walk with you through any pain that you experience as you allow the gate of self-protection to be removed. It is an invitation into trust. It requires vulnerability but it will result in beauty that can never be found behind the gate of self-protection.

I also saw angels flooding into the open golden gate. They were angels that came with everything needed to heal the pain and fears that resulted from past experiences. These angels had basins and towels to wash God’s people from the journey and the pain they had experienced. They also had new blueprints for the journey ahead. Some carried bread, fruit and provision for the new season and some carried new clothes, new shoes and balm to heal. The angels would not (or maybe could not) go through the wood and iron gate but quickly rushed through the open gate that replaced self-protection.

Let’s open up to the King of Glory, who is a loving Father and our precious Savior. We can be vulnerable with Him and trust Him to protect us and heal us if we experience pain as we open our hearts once again. Remember; Jeremiah 29:11 promises us this,

For I know the plans I have for you,” declares the Lord, “plans to prosper you and not to harm you, plans to give you hope and a future.”